Hand stitching is an element of my practice which I return to at intervals, But lately I have used the process of slow stitching to record my life and to challenge views on feminism and femininity.

During 2017 I stitched daily onto vintage linen napkins. The discipline of hand stitching became part of my life and developed into the period of reflection. As I stitched my way through the year recorded the daily intervals by stitching objects I had encountered during the day or snippets of text. By the end of the year I had a created a stitched diary covering four napkins: one for each of the seasons.

Enraged by Donald Trumps comment "grab them by the pussy" and the subsequent "Nasty Women" protests I started stitching a subversive alphabet of aspects of being a woman. Using the traditional 'cross stitch' as my medium, my work is designed at first sight to look like a child's alphabet but the initial nativity and humour has a deeper underlying message.
Back 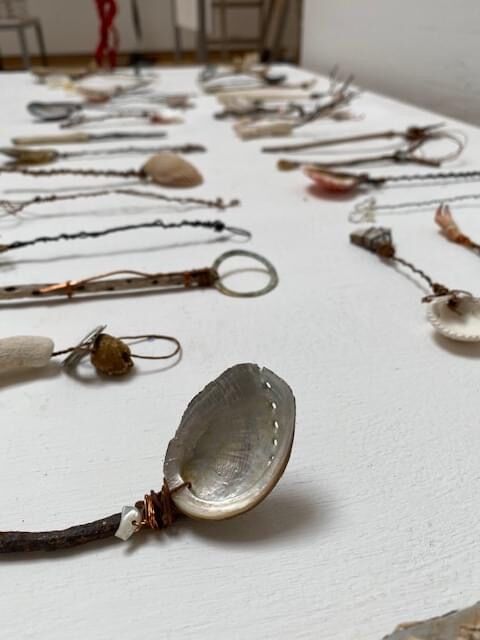